Home/Breeds/German Shepherd Wolf Mix: Is This Legendary Wolfdog Right For You?

German Shepherd Wolf Mix: Is This Legendary Wolfdog Right For You?

The domestic dog and the wolf diverged around 100,000 years ago, but they are still part of the same species, meaning they can still breed with each other.

These hybrids are very unique looking – they are beautiful, affectionate, loyal and protective.

But they are not a dog that should be taken on lightly.

They need a big home with a big heart.

With that in mind, keep reading to find out more about this mysterious and unique hybrid to see if it is the right dog for you.

What is a German Shepherd Wolf Mix? (Overview) As their name suggests, this mix is made up of a German Shepherd and a Wolf, these hybrids (crossbreeds) are often called Wolfdogs or Wolf-Shepherds.

Whilst there are many types of German Shepherd Wolf mixes, the Saarloos Wulfhund is the most notable.

They were created by Leendert Saarloos back in 1935 when he cross bred a German Shepherd with a Eurasian wolf. The aim of this cross breeding was to bring back the natural traits the GSD had lost when domesticated.

This breed is recognized by the UK Kennel Club, but not the American Kennel Club.

Other common types include the Czechoslovakian Wolfdog, the Kunming Wolfdog (Chinese) and the Lupo Italinao (Italy).

You should also keep in mind that they are illegal in several areas across the US, so do your research before keeping one. There is no doubt that the German Shepherd Wolf mix is absolutely stunning – they are definitely a head turner.

The German Shepherd already resembles a wolf, so this hybrid does not look hugely different.

Due to the genetic diversity, there is no way to tell what a specific pup will look like when they mature. However there could be a pup that will look more like their German Shepherd parent, rather than their Wolf parent, and vice-versa.

Wolfdogs tend to have smaller skulls than the common wolf, they have pointed ears and brown almond shaped eyes.

Of course, as wild animals, the Wolf does not have a breed standard and can range anywhere from 70-100+lb.

So depending on age, sex, diet and genetics, the German Shepherd Wolf mix can weigh anywhere from 50-100lbs. You should expect them to stand between 20-26+ inches tall.

Pups can be found in a number of colors as the classic German Shepherd has 11 different official colors, with the most common being black and tan.

But they can also have colors such as sable, black, white and gray.

Wolves can be mottled gray in color, but occasionally can be nearly pure white, red, brown, or even black.

The color of a German Shepherd Wolf mix is dependent on what their parents’ colors are and which gene is dominant – it should be said that no pup in a Wolfdog litter looks the same.

German Shepherds have a thick double coat that is a medium length. They have a dense outer coat with straight hair that lies close to the body. Wolves’ coats are also very dense, they can get very fluffy winter. They have short undercoats and long, coarse outer coats.

The GSD and Wolves have very similar coats, so it is fairly likely that their mix will have a double coat and medium length fur.

They will also shed annually, getting rid of their winter coat when the days become warmer.

It is safe to say that this cross breed should not be kept in warmer climates. Both German Shepherds and Wolves have very different personalities, so it can be difficult to predict what their mix will be like. But we will do our best below to explain some behaviors which should be expected.

Wolves are pack animals, meaning they are very protective and loyal to their family – they will do anything to protect their kin.

They are den-dwelling animals, meaning that your mix is likely to dig anywhere they want. It’s a good idea to allocate an area in your yard when they can make themselves comfortable.

Being wild animals, Wolves are reserved when it comes to unfamiliar surroundings, people and inanimate objects.

Due to their shy natures, the German Shepherd Wolf mix probably won’t be very good at being guard dogs. They may be very protective but will cower at the sight of strangers.

It should be said that the German Shepherd Wolf will be unpredictable in social situations, they can become aggressive when fearful. This can be avoided by giving them lots of socialization as a young pup.

They are also very curious and will try to escape whenever opportunity strikes, so make sure to keep your backyard securely fenced.

This hybrid will have a strong prey drive, as the GSD was bred to herd livestock and the wolf is a natural predator, so your Wolfdog mix will chase anything and everything that moves.

They are also prone to howling as this is how they communicate in a pack. They will most likely howl when you leave them alone for too long, so it’s best to make sure you do not leave them for too long, otherwise your neighbors will soon complain!

Interestingly your Wolfdog won’t show many wolf-like behaviors until they are fully matured.

Is A German Shepherd Wolf Mix A Good Family Dog?

This is not a dog that should be living with small children.

This dog should be kept by experienced keepers who are firm and disciplined with their pooch.

How to Train a German Shepherd Wolf Mix It’s likely your hybrid will be intelligent, but if they favor the wolf side of their heritage they will be stubborn.

If they favor their German Shepherd parentage, they will be eager to please and be easily trainable.

Either way you should be training them with positive reinforcement. Give them rewards when they follow your command or when they stop an unwanted behavior.

Many people believe that dominance training is the way forward with this dog as wolves are pack animals, but studies show that this training method leads to further aggression and reduces the quality of your relationship with your doggy friend.

This is a dog for someone who has experience training strong willed dogs before – you need to be firm and consistent. Do not let them think they are the boss of you.

Socializing a dog like this is very important as the wolf can be reserved and unpredictable.

Make sure to socialize them with a range of people and different situations. Also make sure they know it’s a positive experience by giving them encouragement and plenty of treats.

Mental stimulation is very important if you do not want your Wolfdog to get bored and chew everything in sight. You can give them lots of toys and play with them, playtime can decrease their stress levels and make them more confident. Owning a German Shepherd Wolf mix is not something you should take lightly, there are specific laws on owning Wolfdogs, so you should check your state regulations.

This cross breed needs an owner who is experienced in training difficult dogs that need lots of attention and care.

You will also need a large backyard which has very secure fencing. You should not own a Wolfdog in heavily populated areas, as they have a habit of howling a lot.

This is a very energetic dog, as wolves can travel up to 30 miles a day.

They will need around 1-2 hours of exercise each day to keep fit and healthy. Not getting their exercise will result in them destroying your furniture and anything else they can bite.

It is also recommended to let them roam around in a fenced backyard, so they can play, dig and explore.

You should not take your Wolfdog to dog parks and make sure to keep them on a leash and harness.

The German Shepherd Wolf mix will have two shedding seasons a year.

They will need regular brushing to avoid matting and tangles, and more when shedding season comes along.

Do not bathe this dog too much as it can strip away the natural oils that make the coat healthy and shiny.

As with every dog, dental hygiene is important so brush their teeth once a week. You should also cut their nails, to avoid overgrowth and splitting.

Deciding what to feed your Wolfdog is not an exact science, but you should be feeding your dog a diet rich in protein.

Avoid buying traditional store-bought dog food as these are rich in carbohydrates and artificial ingredients.

You will need to do research into what type of meat-based diets you would prefer your dog to eat. Your dog will want a diet that is at least 50% protein.

Some diets that might be worth looking into include raw dog food, this diet comes with potential risks (transfer of bacteria), but they can be very beneficial to your dog’s health. Be mindful of how much you are feeding your dog, too much food can lead to obesity. Keep an eye on their weight by using a body condition score.

Wolfdogs are generally healthy animals, but they are still prone to certain health issues.

Like many large dogs, they are a prone to hip and elbow dysplasia. This is the malformation of the hip and elbow joints and can cause lameness and pain.

They are also prone to suffer from gastric torsion, commonly known as bloat. This is caused by the stomach twisting and trapping air (it can be fatal if not treated). To prevent this from happening, make sure they don’t eat too fast and don’t exercise them straight after eating.

Other common issues like fleas and ticks can occur, due to the outside lifestyle this mix enjoys.

How Long Does a German Shepherd Wolf Mix Live?

A healthy German Shepherd Wolf mix can live up to 14 years old.

If you believe this is the dog for you, and can fully commit to them, you should start researching where to buy a German Shepherd Wolf mix.

You can look for private breeders or adopt from rescue centers that specialize in Wolfdogs.

Make sure you visit the breeder, meet them and ask them plenty of questions. Ask them what this hybrid breed is like, what is a typical day like living with a Wolfdog?

A breeder that is trustworthy and that cares for the welfare of their pups will want to know more about you. Many breeders and adoption centers will give you questionnaires to assess if they want to give you one of their pups.

They do this because people adopt or buy a Wolfdog, not expecting how much work and effort you have to put into caring for them and then wind up taking them to a rescue center. No good breeder wants this for their pups.

How Much Does A German Shepherd Wolf Mix Cost?

A German Shepherd Wolf mix will cost around $800.

This is a very unique hybrid dog, but is it for you?

They are energetic, playful, mischievous and love to dig. They are also reserved, shy and like to think of themselves as angels.

Training this dog is not impossible, but with their ‘wolfy’ stubbornness they will love to run circles round you, unless you are a firm and consistent trainer.

Early socialization is required for this shy hybrid, and it is not a dog for young children.

However they will love to play with older children, who know a dog’s boundaries. 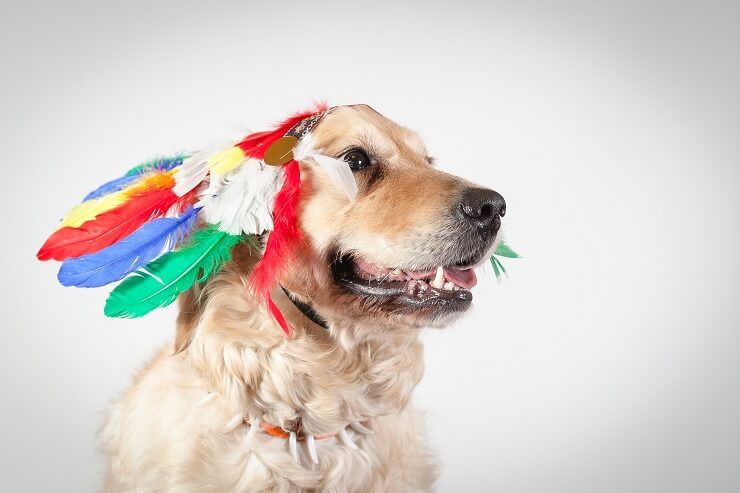 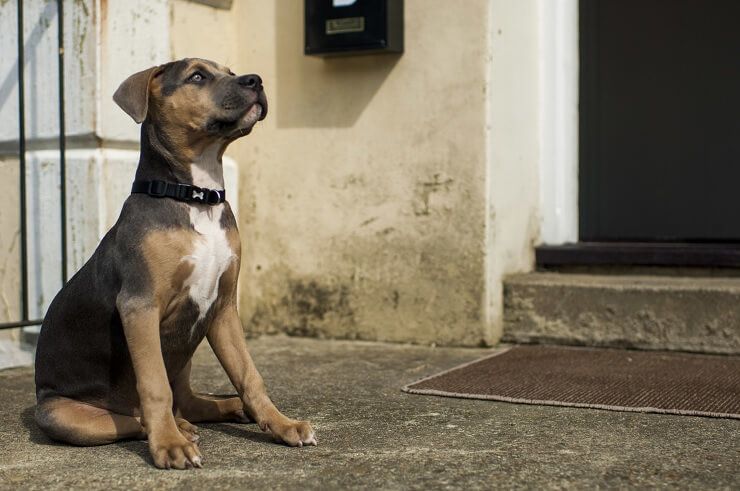 Goberian: 6 Reasons To Own The Golden Retriever Husky Mix Jack Russell Chihuahua Mix: Is This Tenacious Terrier The Dog For You? Malamute vs Husky: 7 Differences You Need To Know King Shepherd Breed Info: Is This The Best Shepherd For You?